First, there were four–games at the top of my “to buy” list, that is. After I bought Mizubaku Daibouken, the list shrank to three. Then I bought Rainbow Islands and Gekisha Boy and it was down to two and then one.

Well, the list is no more thanks to my recent acquisition of Parasol Stars. 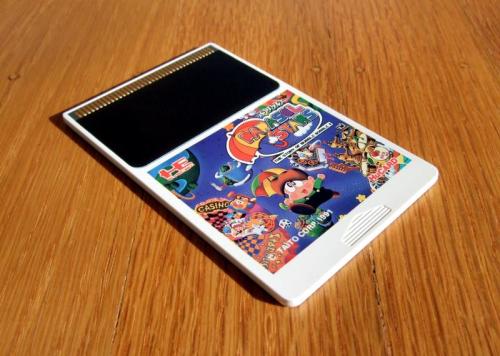 Which, I guess, begs the question asked in this post’s headline: So, now what? The answer, of course, is to add more games to my “to buy” list. 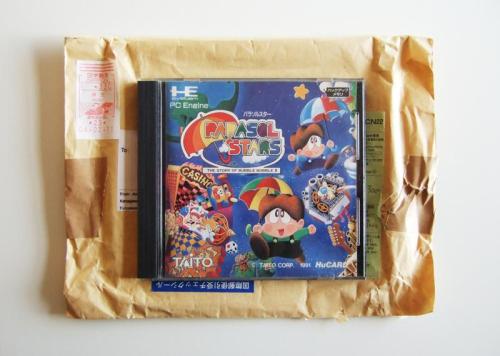 Although I’d love to run out and buy the last two games mentioned above as soon as possible, the more likely scenario involves me buying Don Doko Don, The New Zealand Story and PC Denjin over the next few months and then waiting until the end of the year to buy Madou Monogatari and Coryoon.

In the meantime, I’ll busy myself with the brazenly plucky Parasol Stars.

Note: check out this Flickr set for more photos of my PC Engine collection.